Horror movies are generally quite bankable. People LIKE being scared. The last time a horror movie truly lived up to its name for me was 2013’s ‘The Conjuring‘ which is now in my “Top 10 Scary Movies of All Time” list. That movie had a side story featuring an incredibly creepy doll named Annabelle that was possessed by evil. I clearly was not alone in my fear of this gruesome creation because the doll got a spin-off movie in ‘Annabelle‘ which came out just a year after ‘The Conjuring’. Now, we get the origin story of the world’s creepiest doll with this weekend’s release of ‘Annabelle: Creation‘. This film stars Anthony LaPaglia as Samuel Mullins, the doll maker who, after suffering the loss of his young daughter, unknowingly allows a demonic force to possess his latest creation in an attempt to bring his daughter back. Twelve years later, Sister Charlotte (played by Stephanie Sigman) brings a group of young orphan girls to the Mullins’ large home to live until they can be adopted. But when young Janice (played by Talitha Bateman) unknowing finds the doll and takes it out of it’s hidden prison, the malevolent spirit is unleashed and takes its revenge on the Mullins and everyone else living under their roof in horrifying ways. 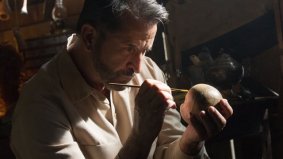 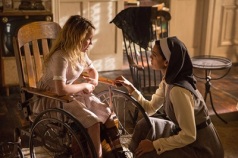 This film succeeds in delivering genuine frights along with a compelling narrative where many other horror films tend to do either one or the other. For me, supernatural tales are generally more frightening than slasher flicks and ‘Annabelle: Creation’ is no exception. There is something universally frightening about making a seemingly innocent doll or child the focal point of evil. It’s been done well in other films throughout the years and is something this movie does even better than it’s predecessor. All of the acting solidly delivers to keep the audience engaged with the characters throughout the lean 1 hour and 49 minute run time and the pacing never drags. While there was a moment or two when my suspension of disbelief was tested, it wasn’t enough that I couldn’t thoroughly enjoy the overall film. For everything ‘Annabelle: Creation’ gives us, I’d rate it a strong 7.5! I predict that this movie will be #1 at the box office for it’s opening weekend and I would certainly recommend seeing it to any of my fellow horror movie fans out there. Just make sure you leave a light on for when you get home. And maybe make sure any dolls you have in the house are put away. Just to be safe. 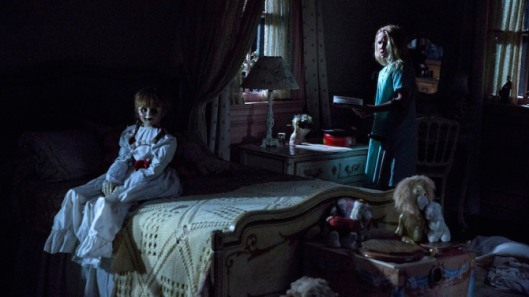