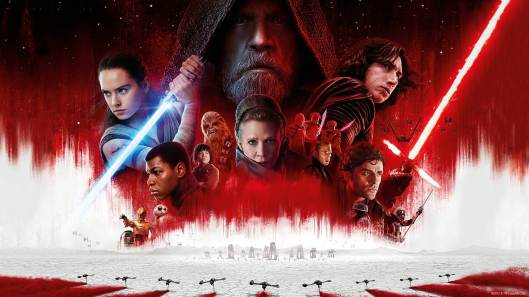 Of all the movie reviews I’ve done, this may be the toughest one yet. I’ve been a Star Wars fan ever since I was a little kid. I remember being given ‘The Empire Strikes Back’ on VHS for Christmas one year and watching it over and over again to the point where I had the entire thing memorized within a month’s time. ‘Return Of The Jedi‘ was the first movie that I was old enough to see when it came out in theaters and I was thrilled when my dad told me he was taking me to see it! Star Wars toys were the first ones that I actively collected as a child and the franchise has been part of my life for as long as I can recall. Even when the “new trilogy” came out, I still left the theater excited for what I had just seen. Unfortunately, ‘The Last Jedi‘ was the first one I can remember leaving the theater and thinking to myself: “That was… pretty good.”

To be clear –  there were parts that worked really well but there were other parts that sort of fell flat or seemed wasted. In order to keep this review SPOILER FREE, I can’t give those details without revealing key moments in the film or crucial plot points. I will say that the acting from the entire cast was absolute perfection. There wasn’t a single performance that was weak or lacking in any way, shape or form. I will also say that the movie was very different from what I expected. For critics who complained that ‘The Force Awakens‘ was a formulaic rehash of ‘A New Hope‘, I can safely say that this is not a criticism that can be leveled against this most recent film. One of my complaints is that the movie felt long and, at times, felt like it didn’t know what to do with itself. The run time of 2 hrs and 32 mins could definitely have been shaved down had some of the unnecessary scenes been taken out or had the plot been simplified slightly (this was also a complaint I had with ‘Attack Of The Clones‘). Overall, Rian Johnson is to be commended for changing things up with this story and giving us a new look at the  Star Wars Universe as we’ve come to know it. I’m very interested to see what the final installment will bring and how things will move forward after the events of ‘The Last Jedi’. 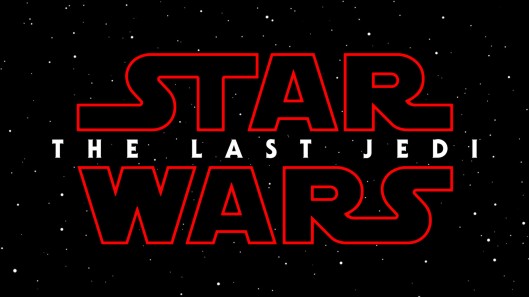 For my general takeaways:
1) I did get very teary-eyed with all of Carrie Fisher‘s scenes. Knowing that we won’t have our beloved Princess / General moving into Episode IX caused every appearance she made in this film to be all the more heart-breaking.
2) Adam Driver needs to be nominated for “Best Actor”. You could tangibly feel his internal struggle and his emotions wash over you as you watched his scenes.
3) Luke Skywalker will always be my favorite Jedi and Mark Hamill remains brilliant in everything he does. (And he gave us what will be, I’m sure, the most used .GIF of 2018. You’ll know it when you see it.)
4) Benicio Del Toro was underused and I’m hoping that he is brought back in a big way for Episode IX.

So with the release of this latest film, my order of favorite to least favorite now goes: Empire, New Hope, Rogue One, ROTJ, Force Awakens, Revenge, Last Jedi, AOTC, Phantom Menace. While the film excels as breaking the mold of Star Wars films as we’ve come to know them, it also fails to deliver the “Wow!” Factor that I was hoping for with Luke training Rey, the mystery of her parents, Finn vs Phasma, etc. I went and saw ‘The Force Awakens’ 3 times when it was released in theaters, but I am not so sure I feel the need to revisit ‘The Last Jedi’ until it hits Bluray. As it stands, I’d rate this movie a solid 7 out of 10. Get your tickets now for it’s release on Friday 12/15/17!!